With the launch of door-to-door data collection, Rwanda—the 13th country to join the multi-country Population-based HIV Impact Assessment (PHIA) Project led by ICAP at Columbia University—is poised to take an important step forward in understanding and addressing its HIV epidemic.

The PHIA survey in Rwanda, called RPHIA, will survey approximately 10,800 households covering 30,000 people between the ages of 10 and 64 years, in order to measure the country’s progress toward epidemic control based on HIV prevalence, incidence, and viral load suppression. RPHIA is the first large-scale survey to provide home-based counseling and testing with same-day return of results for HIV and hepatitis B in the country.

The project officially kicked off on October 10, 2018, at an event in Kigali, the nation’s capital. Among the organizations represented were ICAP and the U.S. Centers for Disease Control and Prevention (CDC), which works in partnership with ICAP on the PHIA Project with funding from the U.S. President’s Emergency Plan for AIDS Relief (PEPFAR).

The launch in Rwanda means 13 out of 14 countries participating in the PHIA Project have started surveys since 2016, with 10 having already announced results. Summary sheets, initial reports, and full reports of PHIA surveys are available on the project website.

“RPHIA will help Rwanda to assess the progress of its HIV response program and to see what gaps remain,” said Jessica Justman, MD, PHIA Project principal investigator and senior technical director at ICAP. “The features of the epidemic differ in each country and the RPHIA results will guide the next steps for national planning.”

Viral load suppression indicates that ART treatment is effective, which is beneficial both for the health of people with HIV and for others, because those with a suppressed viral load cannot transmit the virus. According to the UNAIDS mathematical models, achieving 90 percent in all three categories by 2020 and sustaining this achievement until 2030 should result in a reduction of HIV transmission sufficient to reach epidemic control.

With guidance from PHIA results, each surveyed country is planning policies and programs to target HIV testing, to help people diagnosed with HIV access and adhere to treatment regimens, and to provide resources to those individuals whose treatment has not resulted in viral load suppression.

During PHIA surveys, trained personnel visit randomly selected households and collect information from each person in the household, including children, in order to achieve a representative population sample. Staff conduct HIV testing and, in some countries, hepatitis B and C testing as well. HIV results are returned to participants on the same day, and viral load test results are sent to a health care facility that the participant chooses. Participants who test positive for HIV are referred to health facilities of their choice for follow-up care, including further HIV counseling and treatment.

“RPHIA survey personnel have been extensively trained and are ready to implement a successful survey,” said Veronicah Mugisha, country director of ICAP in Rwanda. “It is the mission of all researchers to treat participants with respect, keep their personal information confidential, and ensure they have a positive experience with this important endeavor.”

Read the press release on the PHIA site 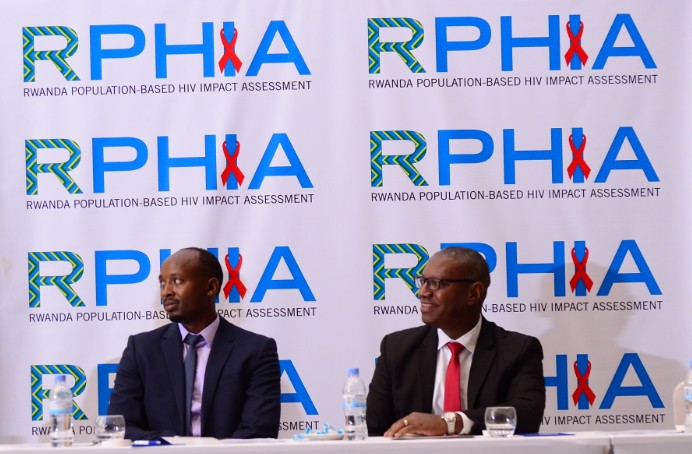