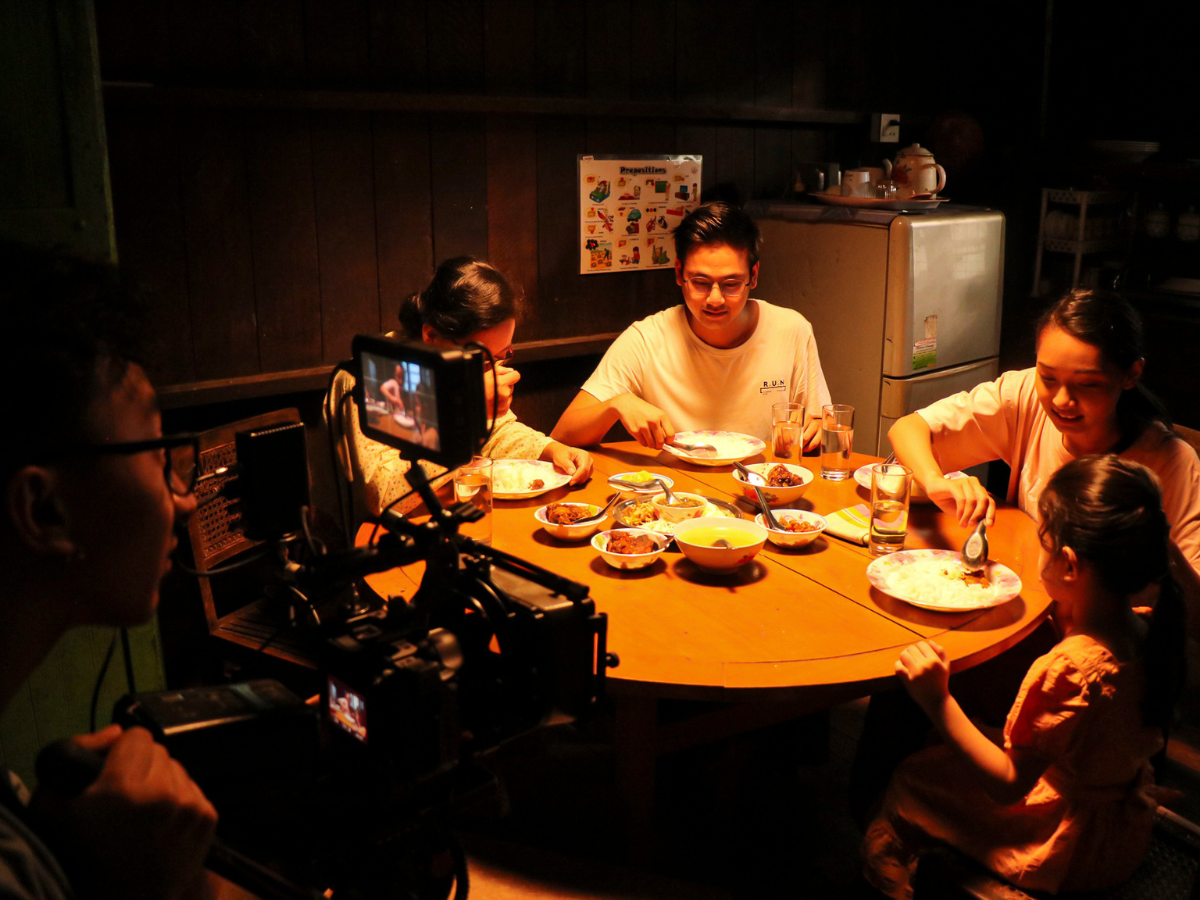 In the opening scenes of the new short film “Dear Diary,” developed by ICAP in Myanmar, a man named Hein Htet shares a meal with his family, laughing and serving second helpings to his wife. The dinner scene is a simple snapshot of happiness, but later in the film, the audience learns that Htet’s life hasn’t always been so idyllic. Htet is living with HIV, and his diagnosis flooded him with fear and confusion. But, as the film follows his backstory, we see how he comes to understand that, through consistent use of antiretroviral treatment, he can live the life he always envisioned.

With plans to release “Dear Diary” on World AIDS Day 2022, ICAP in Myanmar developed the film in an effort to promote the “Undetectable = Untransmittable” (U = U) campaign, which raises awareness about treatment adherence, viral suppression, and eliminating the risk of transmitting HIV to partners. ICAP initiated U=U messaging in collaboration with the Myanmar National AIDS Programme in July 2020 and this film is ICAP’s effort to continue the amplification of U=U messaging among communities. This work is supported by the U.S. President’s Emergency Plan for AIDS Relief (PEPFAR) through the Centers for Disease Control and Prevention.

The U=U campaign, the first of its kind in Myanmar, contributes to Myanmar’s National HIV Strategic Plan (2021-2025) to fast-track the HIV response and meet the ambitious UNAIDS 95-95-95 targets. U=U stands for “Untransmittable Equals Undetectable”; if taken as prescribed, antiretroviral treatment can reduce the amount of HIV in the body so much so that it is undetectable, and when a person’s viral load is undetectable, illness is prevented, and the virus becomes “untransmittable” to others. Predominantly utilizing social media channels to emphasize the importance of routine viral load testing and staying on treatment, the U=U campaign is targeted to people living with HIV and their partners, key populations – such as men who have sex with men, female sex workers, and people who inject drugs – and health care workers. “The U=U campaign is an important opportunity to reach populations through the channels and platforms that are already a part of social culture,” said Khin Nyein Chan, ICAP country director in Myanmar. “This film is a way for us to show an everyday person who struggles with the knowledge of his HIV status but finds a way to overcome that struggle and find treatment. It is a simple story of triumph that we want others to accept as a reality instead of the misconceptions that persist around HIV. An HIV-positive status is not a death sentence.” “Dear Diary” aims to combat stigma that often surrounds HIV, which creates barriers to accessing or seeking treatment. Throughout the short film, the audience glimpses Htet’s journey from diagnosis to treatment to new partnership to starting a family, which he documents in his diary. While Htet’s HIV-positive status shocks him at first, being embraced by his mother and his future wife and adhering to antiretroviral treatment allows him to confront his HIV-positive status confidently, knowing he won’t pass on the virus to his partner or future child. In a fruitful conversation with his wife, Htet also explains U=U, answering her questions about what it means for someone living with HIV and how it can provide an important pathway to living a healthy life.

Almost one in five people living with HIV in Myanmar are still not receiving the lifesaving antiretroviral treatment they need to reduce their viral load. To reach a wide range of audiences, “Dear Diary” will be disseminated on digital platforms – Facebook, YouTube, Telegram, and Twitter – which target key populations. The short film will also be shared with implementing partners to post on their respective digital platforms and be displayed on screens in patient waiting areas of health facilities. Thus far, the U=U message has reached at least 12 million people and counting in Myanmar. “We want the U=U to be an empowering message of hope,” said Myo Kyaw, a community support officer that plays the doctor character in the film. “In my work assisting community organizations to implement HIV testing, care, treatment, and counselling services, I get to see first-hand that people are still hesitant to access care or give care to people living with HIV. But this film shows how vital support systems, both inside and outside the health facility, really are to a person living with HIV.” “Dear Diary” is one of many U=U campaign products ICAP in Myanmar has developed. In 2020, the team supported the development of two songs performed by popular local singers, one of which gained over 4.4 million views via Facebook within two weeks of being posted. The team has also launched quizzes through messenger chatbot on the topic of U = U and viral load testing, as well as a microsite where people living with HIV can post their experiences anonymously and receive supportive comments from other people living with HIV.

“We are committed to ensuring that no one is left behind in the fight against the HIV epidemic,” said Kyaw Soe Htet, senior technical officer of the Care and Treatment Unit at ICAP in Myanmar. “We believe representation of many different kinds of people living with HIV is an important step to combatting the stigma that continues to stand in the way of achieving an AIDS-free world.”