Today, the Government of Lesotho, the U.S. President’s Emergency Plan for AIDS Relief (PEPFAR), the U.S. Centers for Disease Control and Prevention (CDC), and ICAP at Columbia University (ICAP) announced the final results of the Lesotho Population-based HIV Impact Assessment (LePHIA) survey. These extensive new data builds off of preliminary data announced in November 2017, which showed the remarkable strides Lesotho is making toward controlling its HIV epidemic.

The results announced today include extensive data on prevalence, incidence and uptake of HIV services for adults, adolescents and children as well as updates to previously released figures. The updated figures are based on new laboratory data showing the number of people already tested and aware of their HIV status was higher than initially reported in 2017 (81% today vs 77% in 2017) and the annual HIV incidence (or new infections in a year) is slightly lower (1.1% today vs 1.5% in 2017).

“The LePHIA Final Report released today provides a breadth and depth of data that will greatly inform our approach to controlling Lesotho’s HIV epidemic,” said Hon. Nkaku Kabi, Minister of Health, Government of Lesotho. “The Government of Lesotho is committed to continuing the HIV care and treatment programs that are working and using new data to target gaps in services where we can better meet the needs of all our citizens.”

LePHIA was conducted from November 2016 to May 2017 and included 16,000 people ages 0–59 years across 10,000 randomly selected households. It is the first national survey to provide comprehensive information on important HIV/AIDS indicators at national and regional levels and measure progress toward the globally recognized UNAIDS 90-90-90 targets to be achieved by 2020, which include:

“LePHIA data show Lesotho has made great strides toward achieving the UNAIDS targets and improving care for people living with HIV,” said Koen Frederix, Technical Director, ICAP at Columbia University. “Going forward, the data will enable us in our critical task of identifying and linking to care those infected with HIV but unaware of their status.”

In addition to achieving the UNAIDS targets, LePHIA data also show gaps where Lesotho can focus its efforts:

With the addition of the LePHIA results, eleven countries have released results from PHIA Project surveys: Cameroon, Cote d’Ivoire, Eswatini, Ethiopia, Lesotho, Malawi, Namibia, Tanzania, Uganda, Zambia, and Zimbabwe. Data from further assessments in the coming years can be used to assess the progress countries have made since conducting their initial PHIA survey.

The PHIA Project is funded by the U.S. government through PEPFAR and conducted by the Ministries of Health, CDC, ICAP, and other governmental and non-governmental partners. With PEPFAR support, three additional countries—Haiti, Kenya, and Rwanda—will release PHIA data during 2019 and help chart further progress toward epidemic control by 2030. 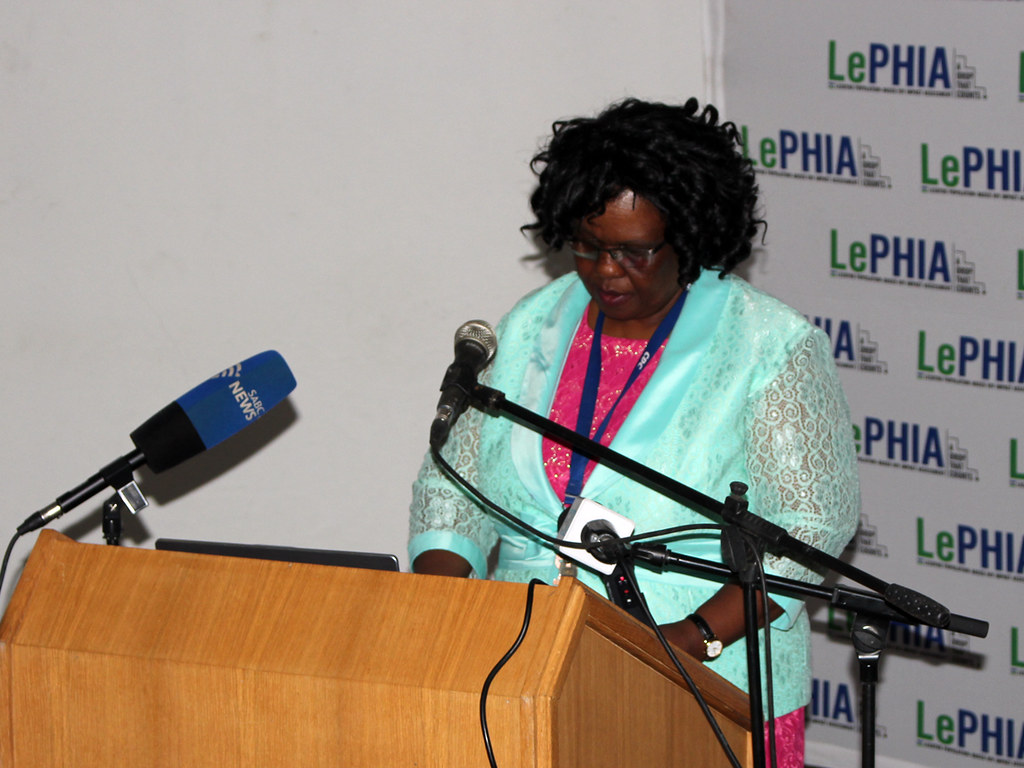 The U.S. President’s Emergency Plan for AIDS Relief
PEPFAR is the United States government’s response to the global HIV/AIDS epidemic, which represents the largest commitment by any nation to address a single disease in history. Through the compassion and generosity of the American people, PEPFAR has saved and improved millions of lives, accelerating progress toward controlling and ultimately ending the AIDS epidemic as a public health threat. For more information, please visit www.pepfar.gov, and connect with PEPFAR on Twitter, Facebook, and Instagram.

This press release originally appeared on the PHIA Project website.