Columbia University President Lee C. Bollinger got a firsthand look at the impact that ICAP has been making on the HIV epidemic when he recently traveled to Kenya and Rwanda, where ICAP’s longstanding partnerships and support have helped these countries achieve significant progress.

Accompanied by his wife, Jean Magnano Bollinger, a visual artist, Professor Safwan Masri, executive vice president for Global Centers and Global Development, and Wafaa El-Sadr, ICAP global director, Bollinger met with health officials and ICAP staff to get a full picture of ICAP’s long history of engagement in these countries and its current portfolio of work. A key focus of Bollinger’s visit was to witness the ambitious surveys currently being conducted by ICAP in partnership with the Ministries of Health and the U.S. Centers for Disease Control and Prevention (CDC). The Population-based HIV Impact Assessment (PHIA) Project involves large-scale population surveys that aim to provide a report card to the countries in terms of where they stand in responding to the epidemic, and to help them in charting a blueprint for future action. To date, such surveys have been conducted in 13 African countries, involving close to half a million participants. In both Kenya and Rwanda, these surveys were ongoing at the time of the visits.

ICAP was recently awarded a $50 million grant from the CDC to continue conducting HIV surveys among the general population in PEPFAR priority countries over six years, with a focus on key and priority populations who bear a disproportionate burden of HIV.

During a two-day visit to the Kenyan capital, Nairobi, Bollinger received a full briefing on the Kenya survey—known as KENPHIA—which was in its final days of data collection. The briefing included a look at the KENPHIA “Situation Room” where monitors track the position and progress of the survey teams in real time all over the country.

In Rwanda, where the RPHIA data collection was still underway, Bollinger had the opportunity to accompany health survey teams on visits to the selected households in a rural area to witness the implementation of the survey firsthand.

“One of the highest aspirations of Columbia University is to put knowledge in the service of humanity—enabling people around the world to live longer and better lives,” said Bollinger. “By harnessing solid scientific evidence to improve health, it is clear that the PHIA project is bringing a new level of precision to the HIV response.” In Kenya and Rwanda, in addition to the PHIA briefings, Bollinger also received an in-depth presentation on the variety of programs that ICAP supports. In Kenya, Bollinger met with Dr. Kigen Bartilol, director of Kenya’s National AIDS and STI Control Program (NASCOP), and other governmental leaders. In Rwanda, he engaged with the Honorable Dr. Diane Gashumba, Rwandan Minister of Health, and a contingent of ministry leadership, university deans and professors, and other dignitaries. He also had the opportunity to meet with CDC country directors in both countries.

Through these meetings, Bollinger had the opportunity to engage in discussions regarding broad health and development issues in the two countries, and to take note of their most compelling goals and aspirations for the future of their peoples.

While in the Rwandan capital of Kigali, the Bollinger delegation also paid their respects at the Kigali Genocide Memorial, which honors the memory of the more than one million Rwandans killed in 1994 and houses the remains of more than 250,000 victims.

“We are shocked by what we have seen,” said Bollinger after visiting the Memorial to the Rwandan national tragedy. “Yet, at the same time, we are encouraged by the great strides that Rwanda has made and are hopeful that this beautiful country shall never again endure such a tragedy.” Under President Bollinger’s leadership since 2002, Columbia University stands among the world’s top research universities, distinguished by its academic excellence and an innovative and sustainable approach to global engagement. Exemplifying these unique values, ICAP has demonstrated a deep commitment to advancing evidence to action through its global partnerships and its broad portfolio of work around the world.

“We are honored to have had the opportunity to host President Bollinger and his delegation,” said El-Sadr. “We thank him for placing his confidence in us as we work together to make his vision of a truly global university a reality.”

Click on the image below to view images from President Bollinger’s visit to Kenya and Rwanda: 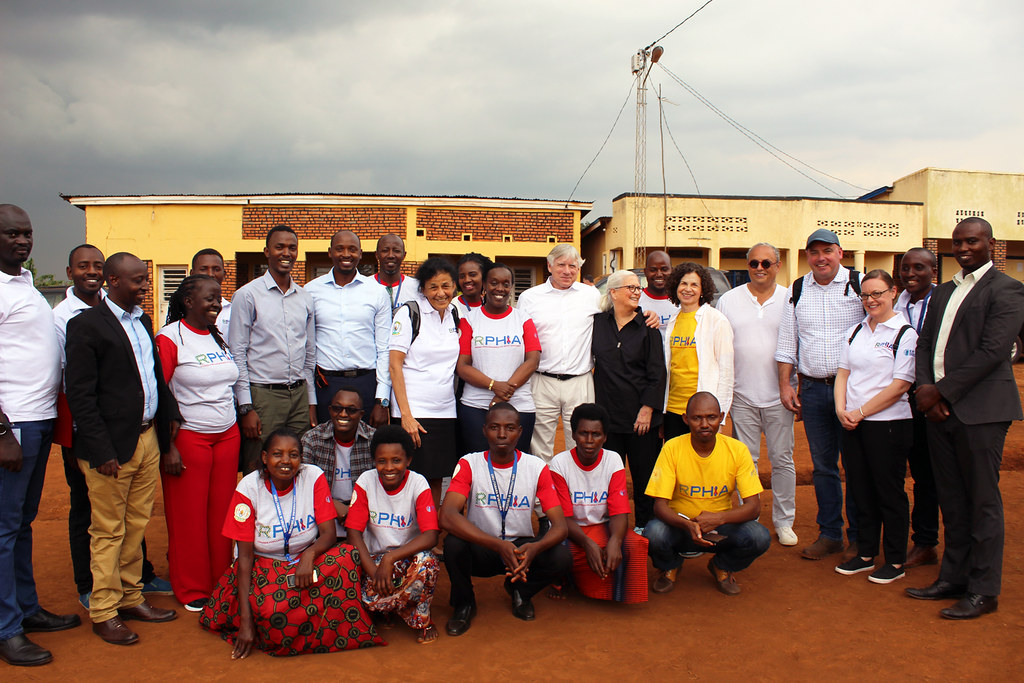 A global health leader since 2003, ICAP was founded within the Mailman School of Public Health at Columbia University with one overarching goal: to improve the health of families and communities. Together with its partners—ministries of health, large multilaterals, health care providers, and patients—ICAP strives for a world where health is available to all. To date, ICAP has addressed major public health challenges and the needs of local health systems through 6,000 sites across 30 countries. For more information about ICAP, visit: icap.columbia.edu